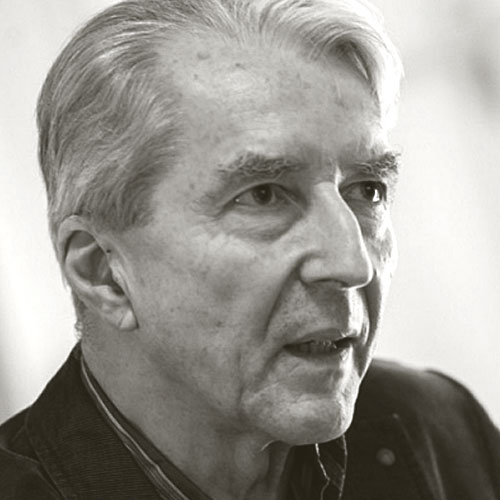 12 May Fund-raising For International Projects

As you all know, I’ve been for many years involved in an interplay between relating and dealing with Subud members all over the world in terms of fund-raising, and dealing with Bapak on the same question. That is, I’ve seen enterprises grow under Bapak’s guidance in Jakarta and also have been involved in raising funds from Subud members all over the world. And some very clear impressions have crystallized in me from this experience which I would like to share with you.

I’m convinced, I’m utterly convinced from my experience in Subud doing this work that money is not a material thing that you can count and is limited by a number attached to a bank account or something like that. I’m absolutely convinced that money is a state of mind

Whether we are rich or poor — and I’m talking about rich or poor in this world, not about wealth in heaven does not depend on the current state of our bank account but on our attitude to our money and to what is going on around us in the world.

What I am trying to say is something like this (actually, it’s something I once heard from Bapak but I’m paraphrasing it): when Henry Ford was banging about in his garage trying to make a prototype Model T Ford and was completely unknown and had no money, he was already a very wealthy man because of what he was doing, because of his attitude and because of the inspiration that he had, even though he had nothing in the bank.

This relates to what Bapak has always told us, that the human will is a tool given to us for changing the world. In other words, God did not create us in this world to be passive and just accept things as they are, but He gave us a will which is a reflection of Himself. In other words, that with our human will we are like God in that we have authority over the lower forces — that is, within the limits of this world — for changing things to what we want, for changing a situation.

Similarly, Bapak once said when someone asked him ‘Where should I go to live??:

So this comes back to what I believe is the key to fund-raising for enterprises — the key is the attitude of the members, which means. the attitude of each one of us. That is the key to raising $714 million, or $75 million, or $750 million or $7 billion. Actually, we can raise whatever we want — it’s just a matter of decision, of understanding why we are doing it and then deciding that that is what we want to do.

When we were having the meeting last night, or the night before, Rashad Pollard, who has been dealing with a lot of correspondence with our investors in S. Widjojo, related a number of stories which, actually, are very vivid in my own mind, too: letters we received from people, people who had no money at all.— I’m talking now about the kind of people who earn a wage every month and then spend it on staying alive – people who wrote to us and said:

“Look, early on in the S. Widjojo Project I decided that I wanted to invest $1,000 (or whatever it was) but I didn’t have the money. So I prayed to God to show me the way that I could invest $1,000 in S. Widjojo. And a week later I got $1,000 in the post because I won a lottery or my uncle died (or any of the myriad things that happen to us every day). And when I sent the money to S. Widjojo I then got more money from other sources.”

This kind of letter in exactly these terms I’m not exaggerating; maybe I’m not conveying it with the melodrama that was conveyed at the beginning we had not once but (I don’t know) ten times we had this kind of story.

Of course, not many people write these sort of things down, so for every ten who wrote to us there must have been a hundred more who experienced it without conveying it.

So this is what I’m trying to say : the attitude is the key.
Do we really understand what Bapak means by enterprises?
If we do, then I think we will have no problem in achieving what Bapak sees as the future development of Subud in this world.

Now, that comes back to this point that Lienhard has just read out. It is the responsibility of the Councillors (Organisasi and Kejiwaan), the Helpers, the Committees of every level, from the group up, to convey this reality to the members, that enterprise is the shariat of Subud, enterprise is the outer observance. If you were to compare Subud with a religion, then enterprise is our religious observance. It is putting into practice in this world what we have received in the latihan

Now, this carries a converse message, I believe. And that is that, conversely, those who are doing Subud enterprises and I am talking now about the big enterprises and not the people who are doing one-man enterprises, but the kind of enterprises that go out to the brotherhood for support, whether locally or internationally-it puts a responsibility on the people doing this to put, in fact, the Subud ideals into practice. In other words, that they in their work should do the utmost of what they are capable of.

This brings me back to a conversation I had at the beginning of this Congress with Hardwin Tibbs about the International Bank. He said: ‘We all have this big problem of the conflict between doing enterprises in a Subud way and being professional.’

By a Subud way he meant that we set ourselves deadlines and we don’t keep them; we don’t want to create a bad feeling, so we don’t tick each other off if we don’t meet our commitments; that we are too easy on each other, we don’t demand performance from each other, so that things tend to slide; people don’t keep their promises, and so on.

My answer to him was : my belief is that the ultimate professional is Almighty God. So if we are trying to express our receiving, our guidance of God in our everyday life through doing enterprises, then we should be more professional than other people. Because we owe it to God. We are doing it for God, not for our own self-promotion.

So, I believe that conversely with a growing awareness of what supporting enterprises means among the membership, those working in enterprises must try to do better. And by trying to do better I mean also being more accountable to the members who invest, packaging their investments better, more in line with members’ needs — in other words, adjusting. People need all kinds of opportunities for investment. Investment is there to make us wealthier, not to make us poorer. But the type of investment people need is different – some people have a lot of money and want to risk it on something that can return a big profit. Some people need income every day to live on. We have to package our investment better, more professionally. Financial supervision of projects should be better and information flow to investors should be better and more comprehensible to the man in the street, the laymen who are not financial experts and so on.

That is all I can say at the moment…