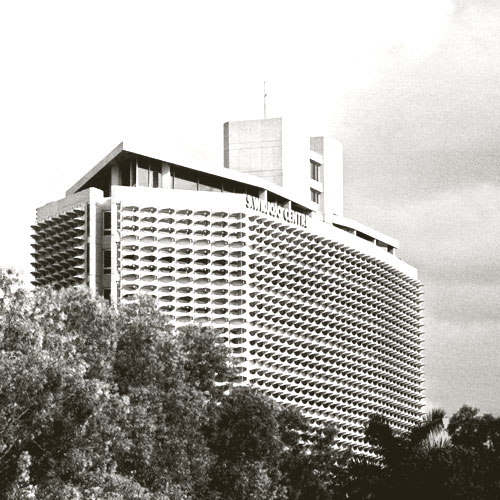 12 May PT S.WIDJOJO – A Brief History by Rashad Pollard

Bapak talked a great deal about the need to engage in charitable activities from the earliest days of Subud. In order to implement these activities it was agreed, for example, at the first Subud World Congress, held in London in 1959, that ….”.Our International Committee was responsible for establishing charitable activities such as schools and hospitals, raising the funding for them, and administering their foundation ‘until such time as they became self-supporting’.

Subsequently Bapak expanded this remit and stressed the need to establish enterprises to support this work in many of his talks, and in his autobiography. Here are just a few extracts:

Bapak’s Autobiography – Page 67: “Ever since the second International Congress in New York, I have explained the purpose and necessity for all of you Subud brothers and sisters to carry out enterprises in Subud. It is vital to concern ourselves with this because it has an extremely important connection with our aspirations to carry out social work, for example to build schools, orphanages, handicapped children’s homes, old people’s homes, hospitals, and so on.”

Bapak in Cape Town, 1972: “The enterprises that Bapak suggests to you are enterprises of all the Subud members. They are not the enterprises of individuals, because it is no longer appropriate for us to pursue profit just for ourselves alone but, so far as possible, we should do something together, with other partners, other members, so that eventually we also share in harvesting and tasting the fruits of what we do together.“

In order to strengthen this Bapak proposed establishing Subud International Services (SIS) at the 1963 World Congress and, later in 1972, a Subud Technical Specialists register. These became the first steps in the creation of Subud Enterprise Services (SES). In this way we would have a forum to bring together Subud experts who could implement these large scale enterprise projects.

Bapak also suggested, at the 1971 World Congress that we should establish a Subud World Bank to help support the development of these enterprises. Subsequently, in the early 1970s Bapak proposed that we build an office building in Jakarta as a working example of what Bapak had meant by the “corporate” or “collective” limited company structure that we could employ to establish these large-scale enterprises.

The initial funding to start the S.Widjojo building project in Jakarta came from the Subud World Bank (BSB), in the form of a pre-purchase of space for the Bank in the eventual building. This money, $550,000, was used to purchase the land. Initial construction funds came from loans from BSB and investments from Bapak, his family and other members.

When I joined the Company in 1976 as marketing manager (having worked part time for a few years), the basement and the frame for the first three floors had been completed but work was proceeding extremely slowly owing to a lack of funds. At that time Bapak met the staff at S.Widjojo and talked about the purpose of the project and the attitude we needed to have in facing these uncertainties and delays. This talk is attached to this report.

Seeing these delays, the World Subud Council, at a meeting in England1976, pledged to support the project. At the end of 1976 Saodah Matsuda from Japan, who was the Asian/ Australian zone counselor, met Bapak, with Sharif. Bapak suggested that we should establish a target for future investments from the worldwide membership. $6 million was agreed, or just less than half the total funds then estimated to complete the building. WSA and ISC then set up a worldwide fundraising network. It was understood that the building could be completed by 1978 if the funds came in quickly enough.

This resulted in a slow but steady flow of investments, and as funds came in so construction slowly proceeded.

The building was finally completed at the end of 1980 with the last tenants moving in early in 1981.

At that time the membership had invested $5,929,418 (since 1976) from the target of $6 million. This was a considerable achievement. The total investments from Bapak, his family and the membership, since the start of the project, was about $7.7 million. The balance of the funds came from loans from BSB, the sale of company assets (mostly land held by Bapak and his family), and other bank loans secured by lease contracts. The building itself had been built within original estimates. We managed to find tenants to occupy the whole building as space was completed. Rental income had come out higher than anticipated. However, the total cost of the project had increased by more than $2 million owing to the delay in completion.

Subud investors received a share of the total rental income (rather than corporate profits) and the income from 4,446 square meters of rented space (out of 10,000 square meters of total space) began to be sent back to investors in 1981. This totaled about $800,000 a year of which 25% or $200,000 was contributed to ISC and SBIF.

At this point Bapak suggested that we sell the building and build a hotel.

A great deal of effort was made to meet this objective but it was quickly found out that it was far more profitable for investors in Indonesia to build a new building rather than buy a fully leased one, and no market seemed to exist to accomplish this sale. The Four Seasons Hotel Group from Canada came in to support the hotel development. They introduced us to a Singapore Group that was willing to invest in it.

S.Widjojo went ahead and purchased an excellent site for the project for about $8 million through a bank loan. However the Singapore investors happened to arrive in Jakarta in the middle of a serious riot aimed at Chinese businesses. They therefore pulled out of the project. I left S.Widjojo in 1984.

Subsequently I understand that S.Widjojo could not meet its obligations on the debt that it had (to BSB and other banks, including the hotel land loan). This issue was putting significant stress on BSB. A decision was made to either sell the S.Widjojo building along with the hotel land or to sell BSB. In the end a good offer was received to purchase both BSB and the hotel land. In this way, BSB was sold and S.Widjojo retained. However the company had to stop sending rental income to its Subud investors as it could not otherwise repay the debts that it still had.

Subsequently S.Widjojo decided to develop a second office building on additional land that it would purchase behind the original building. The details of this transaction are not clear to me but I understand that the company borrowed about $8 million from a domestic bank to procure the land needed for this new office project. However, the development proceeded slowly and, as a result, the company fell behind in its repayments of this loan and the bank threatened to foreclose on the company. Several Subud members came to the rescue, renegotiated the loan agreement and repaid it, and saved the company. However, at the same time, Indonesia (along with the rest of Asia) went through difficult economic times and office rents fell dramatically. These new investors therefore decided to sell the building. A majority of the shareholders agreed, and this sale was completed in 2008.

This, then, is a brief history of the rise and demise of S.Widjojo (and BSB), and I hope that it is a fair and accurate one.

We can say that with the demise of our World Bank and S.Widjojo, along with Anugraha and the lack of expected progress with the Kalimantan mining venture, there has been significant discussion about what our attitude should be towards these failures. Should we abandon all pretexts at being able to accomplish the tasks that Bapak urged us to undertake? Should we accept that we are just not yet ready and capable to meet this challenge but might try again sometime in the future? Or should we seek other approaches altogether?

I do not have any answers to these questions because it is not up to my own opinion but to the opinion of our collective Association. However, it does suggest that we do need to come to a clear and unified conclusion about what we have learned, or not learned, from our experiences so far. We could start by coming to some form of mutual understanding and agreement about the importance and meaning behind Bapak’s urging us to do these things and for what purpose. If we can reach some clarity of understanding about this meaning and purpose then our collective Subud Association, and its Wing organizations, can proceed to develop clearer policies and guidelines to put that agreed purpose into practice in appropriate ways.