The World is the World! 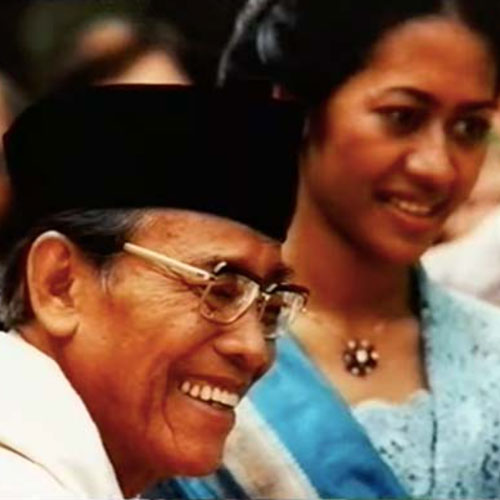 13 Sep The World is the World!

Harris Smart reflects on a video about enterprise from 1997…

Hadrian Fraval, SESI chair, gave me a video to watch and asked me to comment on it. [If you would like to view the video before reading this article, view it here.] The video was made in 1997 by an SES team in Australia to be shown at the Spokane World Congress. It is a snapshot of how Subud enterprise activity was at that time. A time capsule, a postcard from the past.

There are some enterprises shown in the video which are still with us today. Hadrian’s company, Rofin Australia, a world leader in forensic instruments. Isaac Goff’s Dharma Trading in San Francisco. But, of course, much shown here is no longer with us.

We still had S Widjojo then and Premier Hotels was looking very good. A lot of people thought Premier hotels was gonna pull us out of the hole. Through Premier hotels we were all going to recoup the money we had all lost in Anugraha. It was the hopeful spearhead of an enterprise revival.

Because we’d been through a pretty rough time. We could have done with a little success, a little cheering up…

As we all know, from the very first when he appeared in the West, Bapak was urging people to set up enterprises and giving lots of explanations about why and how to do this.

He said there were two duties in life, the spiritual and the material. Make it back to heaven and do enterprise.

And some people did set up enterprises. But they tended to be boutique type enterprises. The sort of thing that people interested in spirituality like doing. Enterprises like bookshops and health food restaurants. He initiated the chain of events that eventually led to the setting up a bank Bank Susila Bakti in Indonesia. And the idea of the bank was that it would be a financial institution which would fund the development of Subud enterprise.

And it did. Its first and major achievement was to provide the foundation funding for the building of S. Widjojo. By any standards it was an amazing achievement. A beautiful building, well-suited to the market, a success! Bapak wanted to sell S. Widjojo and build a five-star hotel. Then he introduced us to Kalimantan. A whole complex of projects. A housing development, mining, agriculture…

And then it all went bust, pretty much. One by one, the dominos went down, or they didn’t produce the big results that were expected of them. Mining in Kalimantan. Dragging on and on. Noble effort but never actually seeming to get there.

Premier hotels was going to save the day and make it all alright. And we watched as Premier hotels expanded. Hotel after hotel. Spinoff project after spinoff project. It was unbelievable. And then somehow that all went bust as well.

Of course, there have also been many success stories. Connelly Temple in Australia was one such. Started off in a spare bedroom and finished off a significant financial institution. And, of course, at the World Congress in Puebla we heard many other success stories.

This video I’ve been watching contains a great deal of good advice. There are video clips of Bapak talking about enterprise and many of the intrepid entrepreneurs are also interviewed.

I have called this article “The World is the World” because one thing that everyone agrees upon is that you’ve got to be practical. Don’t mix the spiritual and the material. Trevor Dempsey, a member of an Australian enterprise called Dricom, alas no longer with us, summed it up very succinctly, I thought when he said, “the world is the world.”

Many of these messages can also be found in the series of Success talks from the Puebla Congress. So it seems we have the wisdom, but there still often seems to be a gap between knowledge and implementation.

Well, that’s not so surprising. I mean Subud enterprise is pretty new in the world. We are still learning. Inevitably we made mistakes. We can look at these enterprises like Anugraha and Premier Hotels and we can recognize the mistakes that the people running these enterprises made. But of course it is easy to be wise in retrospect.

The way I see it, these were not individual mistakes, these were collective challenges. This was a collective learning. Some people, probably the best and most adventurous of us, had to stand up and take it on the chin for the rest of us. It was very easy to criticize those inside the kitchen, but it was quite a different thing to be in the heat of the kitchen.

Where is the Hope Today?

But what about today? Where can we look for new hope? Is there any way out of the disillusion that many felt with the collapse of the “major projects”.

One sign of hope is a group of young entrepreneurs in Jakarta who believe sincerely in Bapak’s words and vision, for Kalimantan and for enterprise generally, and are already doing interesting and significant things. Read about these enterprises in the article “Enterprise to be a key theme at Basara” here.

[View the video which Harris Smart wrote about here]